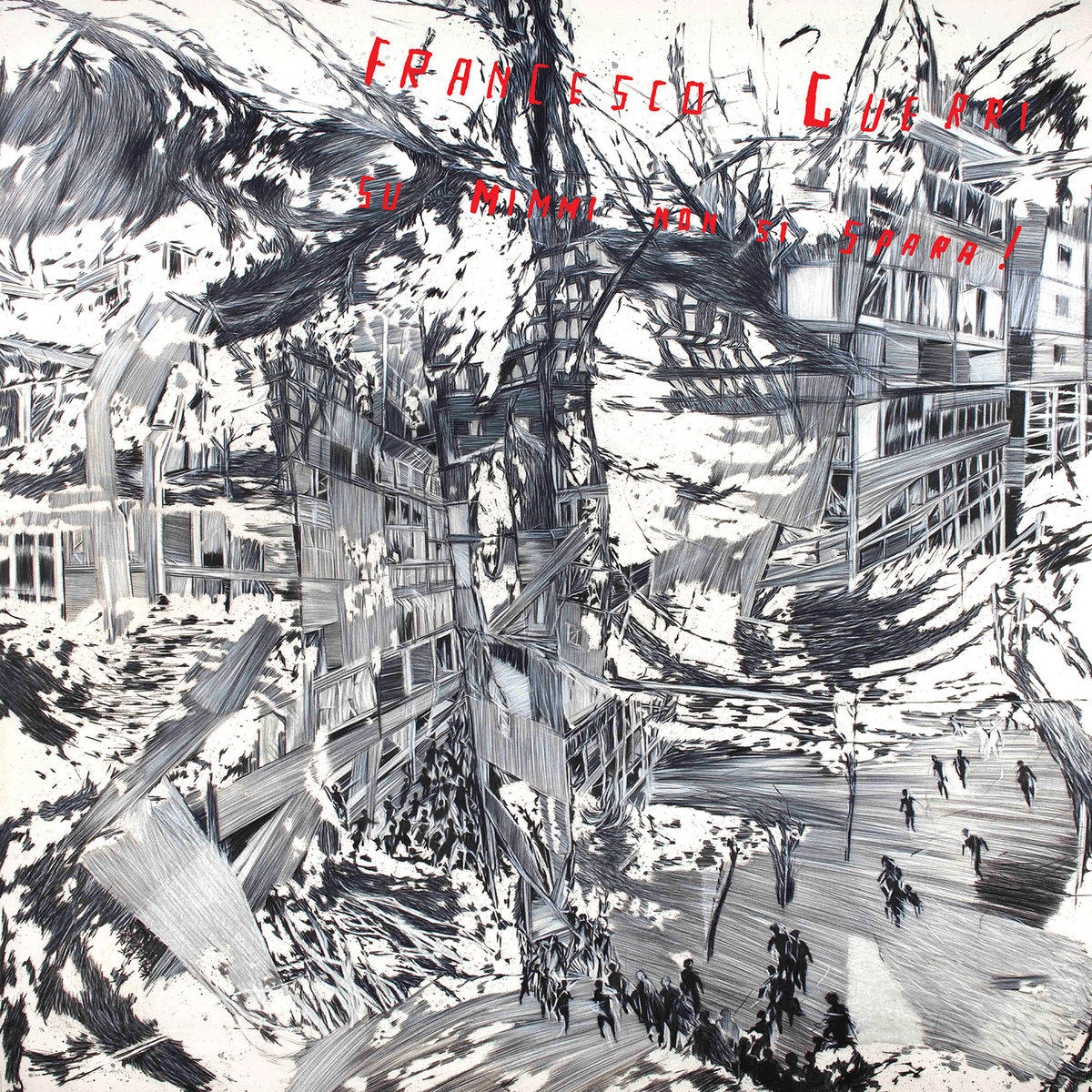 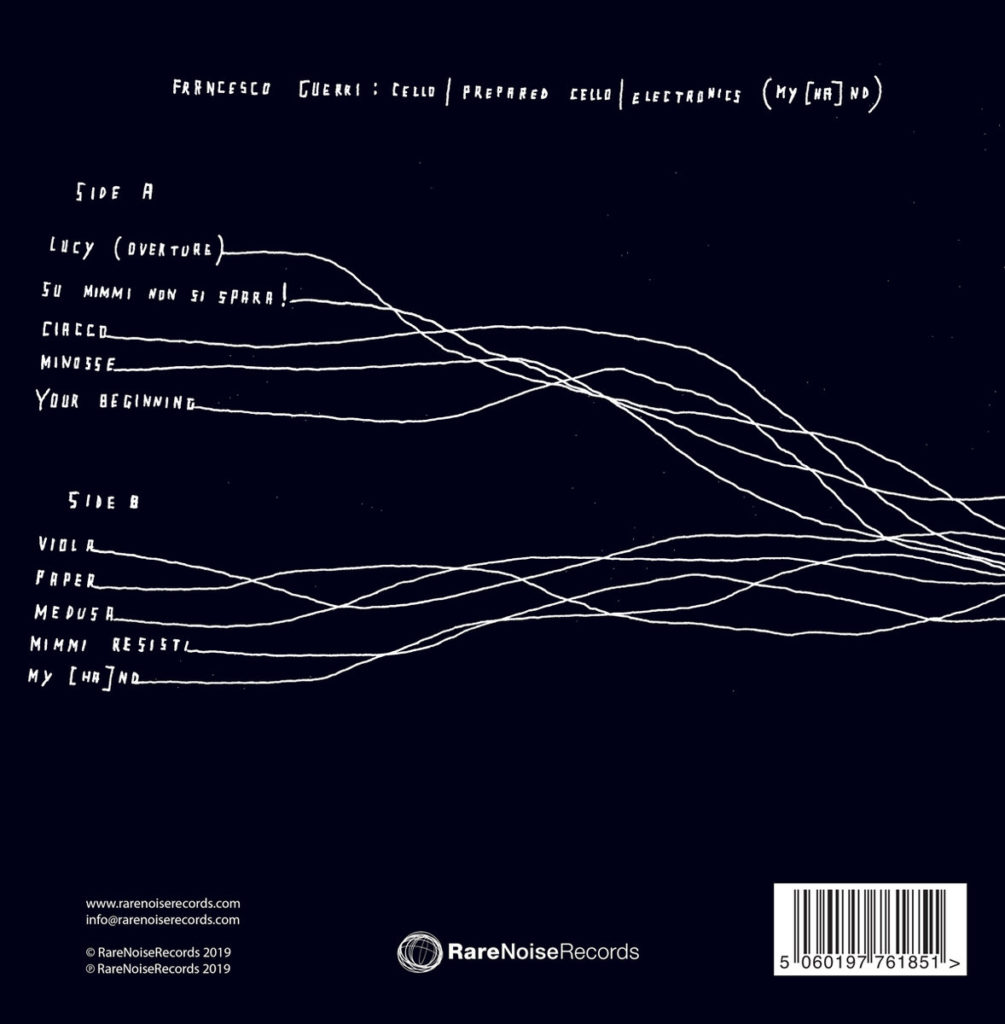 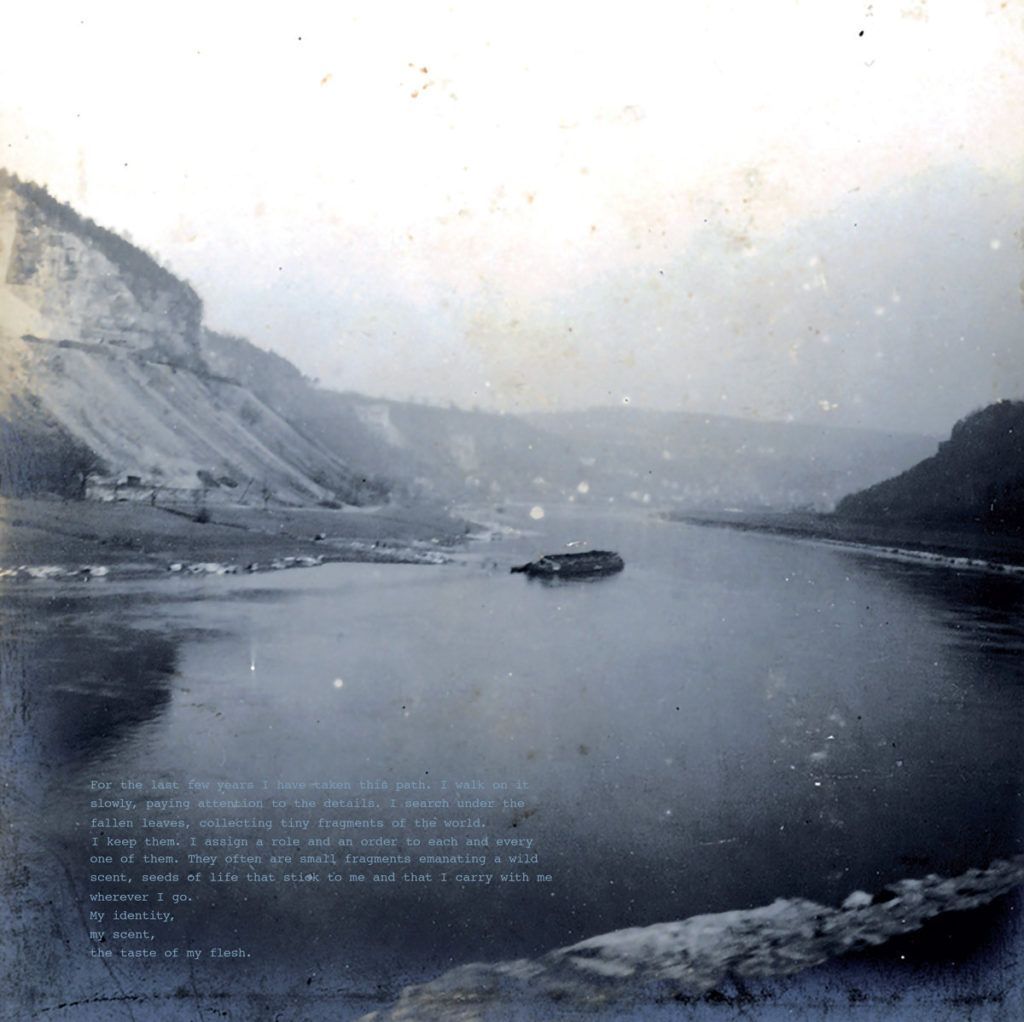 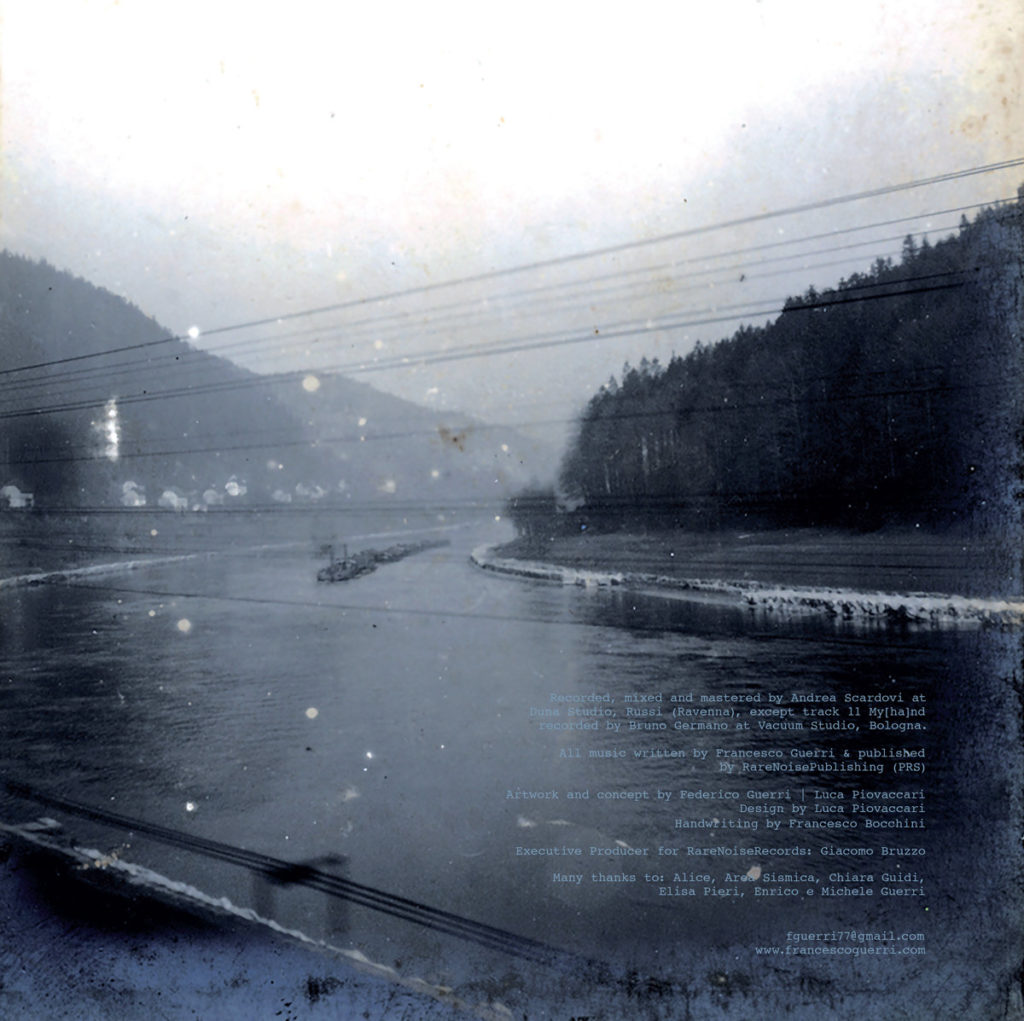 The music of Italian cellist Francesco Guerri obliterates the line between contemporary classical music and free improvisation, sculpting spontaneous invention into startling, unpredictable compositions. On his striking third album, Su Mimmi non si spara!, Guerri presents a dozen innovative pieces that span a wide range of stylistic approaches and technical challenges, invigorated by the physicality of his virtuosic playing and the deep emotional bond he maintains with his instrument. Due out October 25 via RareNoise Records, Su Mimmi non si spara! contrasts moments of ethereal beauty with visceral aggression, aching lyricism with abstract noise, whisper-quiet minimalism with rock-inspired power. His expansive attack on the cello incorporates such disparate methods as alternative tunings, percussive bowing, exotic preparations and electronic distortions. At its core is the tension between the cerebral invention of Guerri’s boundary-stretching technique and the passionate expression he conveys to his audience. “I think that my music should be understandable to a child,” Guerri says. “When you play solo the only other person involved is the listener, so I always try to be communicative to the audience.

”Guerri doesn’t exaggerate when he hopes that his music can reach even a child’s ears. The title of his new album references his infant son, Mimmi; translated as “Don’t shoot Mimmi,” it refers to a water gun assault on the child by his older brother. Working intently on his music at home, Guerri heard his wife shouting out the titular phrase, and was immediately struck by its inherent contradictions: his son was playing lovingly with his sibling while at the same time miming an act of violence. (A second piece named for his youngest, “Mimmi Resisti,” finds a groove in the constantly warring relationship between male siblings).

“I thought this idea, of a child naturally being both bad and good, went to the very roots of man,” Guerri explains. “ I want it also to go to the roots of my music.”

His own children aren’t the only youthful inspiration that Guerri draws upon. For the last two decades, alongside his evolving approach to solo cello, he has also worked at as an educator at a Bolonga hospital, working with teens dealing with mental disorders. Music makes up a significant part of his outreach. “It’s truly impressive to make music with these young people,” he marvels. “The intensity of it makes really magical things happen. Music can change your life, and many of them need their life to change.”

The major change in Guerri’s life came just after he graduated from the Conservatorio di Musica Bruno Maderna in his native Cesena, Italy. It was then that he attended a workshop led by improvising cellist Tristan Honsinger, whose collaborators include such pioneers as the ICP Orchestra, Cecil Taylor, Derek Bailey and Steve Lacy. Through Honsinger the young cellist discovered free improvisation and forever left behind the rigors of the traditional classical repertoire.

Since then Guerri has performed in a rich variety of other contexts, from electronica to avant-garde rock music and free jazz, working with such names as William Parker, Butch Morris, Silvia Bolognesi, Gianluca Petrella, Fabrizio Spera, Ches Smith and Vincenzo Vasi. He has collaborated extensively with Honsiger as well as Carla Bozulich, playing in her band Evangelista and touring with her as a duo. He also co-founded the duos Nagel (with Alberto Fiori) and Nestor Makhno (with Nicola Guazzaloca0.

Guerri has also worked extensively in the avant-garde theater, including with Teatrino Clandestino, Teatrino Giullare, and most intensively with the actor-director Chiara Guidi of the Societas Raffaello Sanzio. With Guidi the cellist has undertaken an ongoing, multi-year exploration of Dante’s Divine Comedy, the characters of which inspired three of the pieces on Guerri’s new album: the tense, vivid “Ciacco,” the dramatic “Minosse,” and the stunning overture, “Lucy” (short for Dante’s Lucia – a name that means “bringer of light,” an apt descriptor of the opener).

Following the overture, the album shifts to the shimmering overtones of the title track, which Guerri was developing when he overheard his wife’s admonishment to their children. Taking such inspiration from the vagaries of the moment is key to Guerri’s process. Most of the music on Su Mimmi non si spara! was born out of improvisation, then shaped into a through-composed work.

In contrast to his earlier albums, there is no improvisation on Su Mimmi non si spara! Instead, Guerri sought to eliminate the unconscious clichés that often creep into supposedly “free” playing by recording, examining and combining his impromptu explorations for their most sui generis moments, then crafting them into pieces bursting with invention and originality.

As Guerri poetically describes the process in his liner notes, “For the last few years I have taken this path. I walk on it slowly, paying attention to the details. I search under the fallen leaves, collecting tiny fragments of the world. I keep them. I assign a role and an order to each and every one of them. They often are small fragments emanating a wild scent, seeds of life that stick to me and that I carry with me wherever I go.”

Su Mimmi non si spara! is thus the culmination of two decades of research into the solo cello, along with extensive performing and study into a diverse range of music. Though he hasn’t performed classical music since his conservatory days, his private study of Bach is one of the inspirations behind his music.

“Study is the point from which everything starts,” he asserts. “I spend a lot of time studying techniques, so usually improvisation comes from those studies. I study something, and then I start to improvise. Maybe I don’t find anything, so I return to my studies and try again.”

For instance: “Your Beginning,” one of two pieces revisited from Guerri’s solo debut From Your Beginning to My [Ha]nd, employs the alternate tuning (with the A string tuned to G) as Bach’s fifth Cello Suite. The other piece from that album, My [Ha]nd, was originally written for Guerri’s collaboration with Bozulich. The piece transforms the sound of the cello via the use of guitar pedals, conjuring tones that evoke a steel pan or a heavy metal guitar.

Both “Viola” and “Medusa” also make evocative use of alternative tunings (there are a number of them throughout the album). By changing the relation of the strings to one another, Guerri discovers strange new intervals and intriguingly rich harmonic mysteries that he can delve deeply into. “Paper” is self-explanatory: the textural passage that opens the piece is the result of a long piece of paper threaded through the cello’s strings, which are further altered via metal curtain clips clamped to them, creating a percussive rattle.

“AFK” is one of those acronyms familiar to those used to living their lives mainly through screens; it stands for “Away From Keyboard” and is used to indicate those rare moments when one is not playing a game or sharing one’s most intimate thoughts, a notion with which Guerri is all too familiar working with disaffected teens during his day job.

As these descriptions indicate, there is a dazzling spectrum of sonic invention to be discovered in Su Mimmi non si spara! The music grows and shifts in unexpected directions within a single piece, even moreso over the course of this category-resistant album.