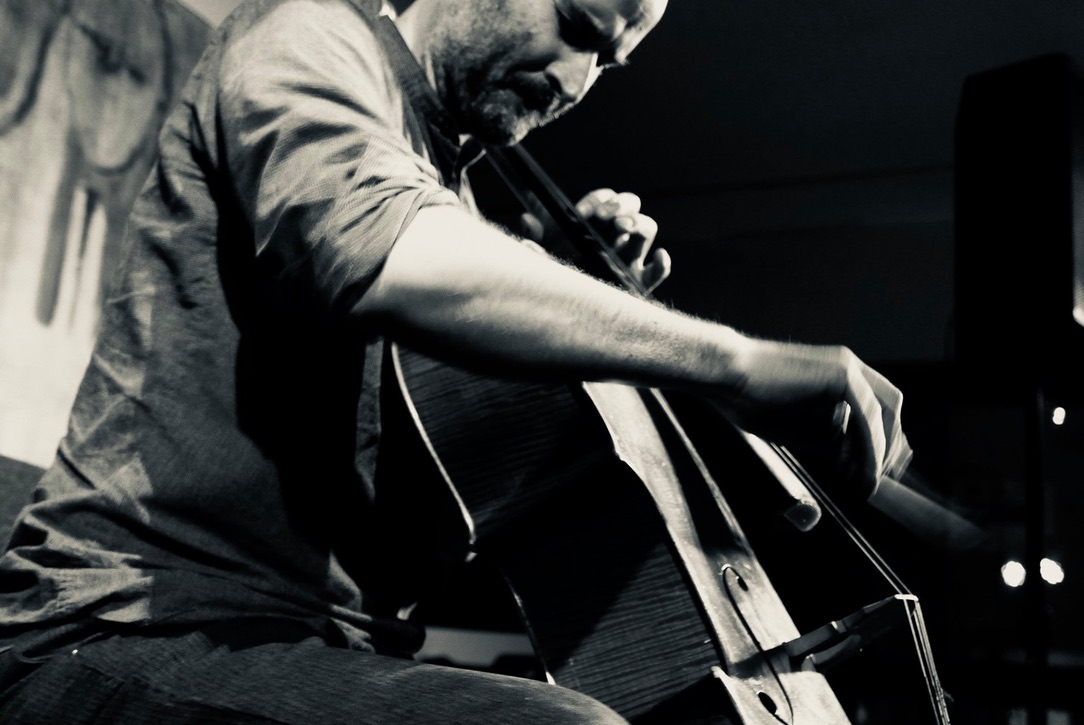 Francesco Guerri, cellist and composer, was born in Cesena in 1977. He graduated from the Conservatory of Music “B. Maderna in Cesena with the highest marks in 2000. Immediately after the exam he escapes from the building with Shostakovich’s beloved first cello concerto under his arm and never returns. Since then he has approached improvised, electro-acoustic and rock music.

In 2015 he was invited to play at the Paolina Chapel of the Quirinale Palace in Rome and in 2019 he presented his new solo album, “Su Mimmi non si spara!”, at the Rai headquarters in Via Asiago in Rome for Radio3 Suite Jazz.

Since 2001 he has worked for the Day Hospital of Psychiatry and Psychotherapy of the Developmental Age in Bologna, dealing with disorder in teen age.